Home » Expert Insights » Do Something Amazing

What is the Generation Program?

They will last for 5 – 8 years and test investigational Alzheimer’s treatments.

We’re asking thousands of people to help us test the treatments to see if they are effective. Unlike traditional clinical trials, we’re not looking for people with Alzheimer’s, but rather those with a specific form of a gene, which may increase their chances of Alzheimer’s.

Only with the help of these generous people will we be able to see if the treatments are effective.

This genetic link means people whose relatives have Alzheimer’s may have a greater chance of developing the disease themselves. With this trial they may be able to join the fight against it.

How do your genes affect Alzheimer’s?

There is a specific form of a gene, which may increase a person’s chance of Alzheimer’s.

People with this gene will not necessarily develop the disease, but may be more at risk than those without it.

Alzheimer’s disease is the most common form of dementia.

Those with a family history of the disease will be all too familiar with the symptoms: memory loss, difficulty with familiar tasks, impaired judgement, changes in mood and personality.

Now we need their help in the fight against Alzheimer’s. 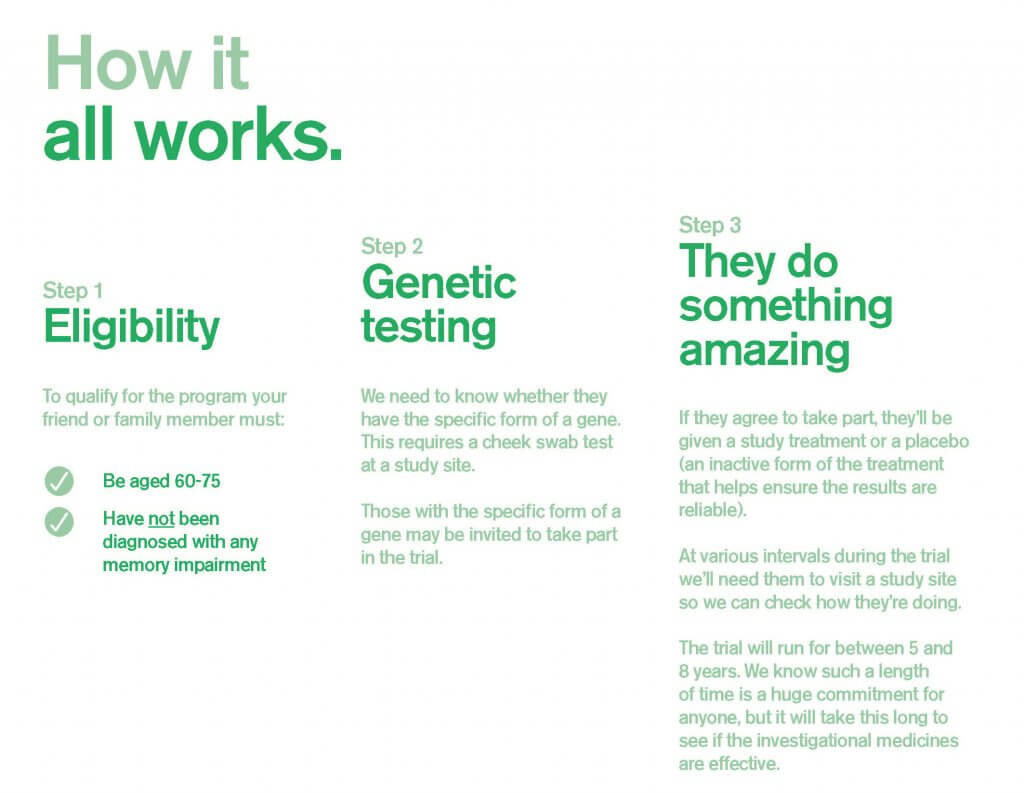 Back To All News

Get our latest news, insights, and expert knowledge